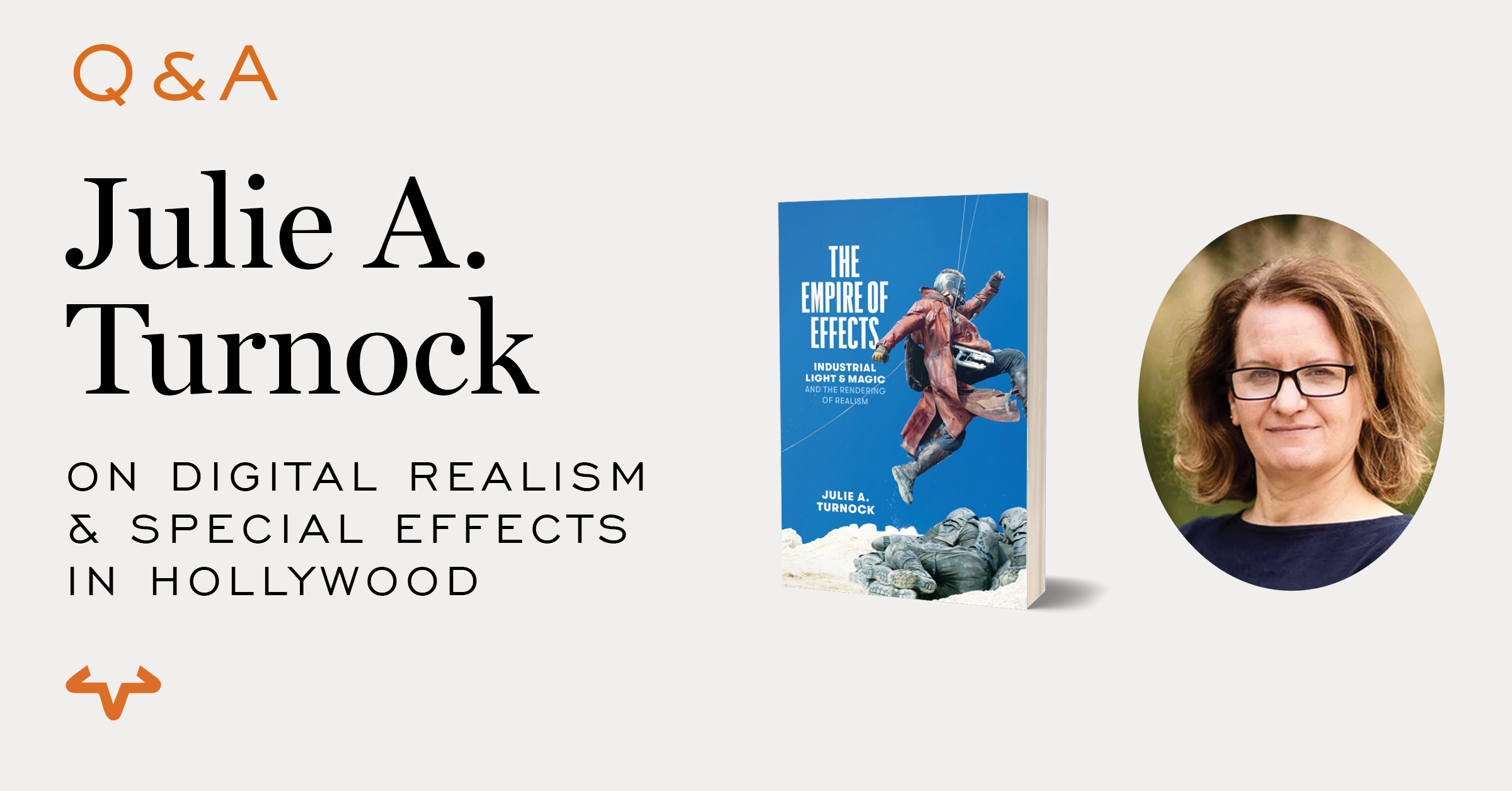 You point out in the book that ILM has a very powerful public relations machine that tells an often embellished narrative of the company’s history. As you were researching Industrial Light & Magic, what sources did you find that offered a different perspective from that of the PR story of ILM?

As is probably not surprising, it is often difficult to research multi-billion-dollar transnational media companies that guard their activities and histories very carefully. Lucasfilm always placed barriers to researchers doing scholarly work, but when the company was bought by Disney in 2012 it became especially cumbersome to try to do primary source research on ILM. Moreover, Lucasfilm had long published their own authorized historical accounts of their activities, and did not encourage outsiders’ perspectives.

Luckily the Harry Ransom Center at the University of Texas at Austin has a cache of documents given by the former general manager of ILM, Tom Smith. And while I also interviewed industry effects practitioners and had access to some unpublished interviews and other kinds of documents, the Smith collection at the Ransom center was especially helpful in providing a counternarrative to the PR machine that Lucasfilm has been employing for decades. Most notable were the Lucasfilm yearbooks that began publishing in the early 1980s and were in-house documents chronicling the company from the perspective of the employees. Very often information in the yearbooks contradicted the PR information that was disseminated to news organizations and also accounts that appear in the authorized histories.

How have labor concerns and studio relations shaped the trajectory of the effects industry and ILM in particular?

ILM has long enjoyed the prestige and benefits of being the most famous, most respected, and most aspirational effects house. That being said, the same labor issues that exist across the industry have impacted it as well. While ILM has sometimes been unionized over the course of its history, the dispersal of effects companies to tax-friendly locations with low-cost labor—in ILM’s case, Sydney, Singapore, London, Vancouver, and, as was just announced, Mumbai—means that unionization hasn’t gained a strong foothold in the company.

Now that Disney owns ILM, how are they changing or branding the company? Is Disney a natural fit?

In some ways yes, in some ways no. On one hand, both Lucasfilm and Disney are committed to making popular entertainment for pre-existing adult fans with a connection to their historical intellectual property, while at the same time attracting new young ones. Both are in many ways committed to profiting off the nostalgia generated by their earlier successes. Although Disney’s commitment to expanding the Star Wars universe has been advantageous to ILM in many ways, in other ways I argue that ILM has been constricted by their association with Disney.

Historically, ILM undisputedly dominated the effects industry for decades for a number of reasons but especially through their image as the industry’s most inspirational creative innovators. Some of this is PR, and often, in fact, ILM was elaborating on technology other less well-known companies innovated. However, it is undisputed that for decades ILM was bringing the wow factor to blockbuster spectacle, as in the Star Wars films, the Jurassic Park films, the Mission Impossible films, and many more. In my book I argue that Disney’s reliance on nostalgia has meant that ILM is encouraged to look backward to their older, more established style, initiated in the 1970s and 1980s, instead of looking toward something new and unexpected. The artists at ILM remain the top in the industry, but it seems that they are not encouraged to push things towards the future anymore.

Julie A. Turnock is an associate professor of Media and Cinema Studies at the University of Illinois, Urbana-Champaign. She is the author of Plastic Reality: Special Effects, Technology, and the Emergence of 1970s Blockbuster Aesthetics.