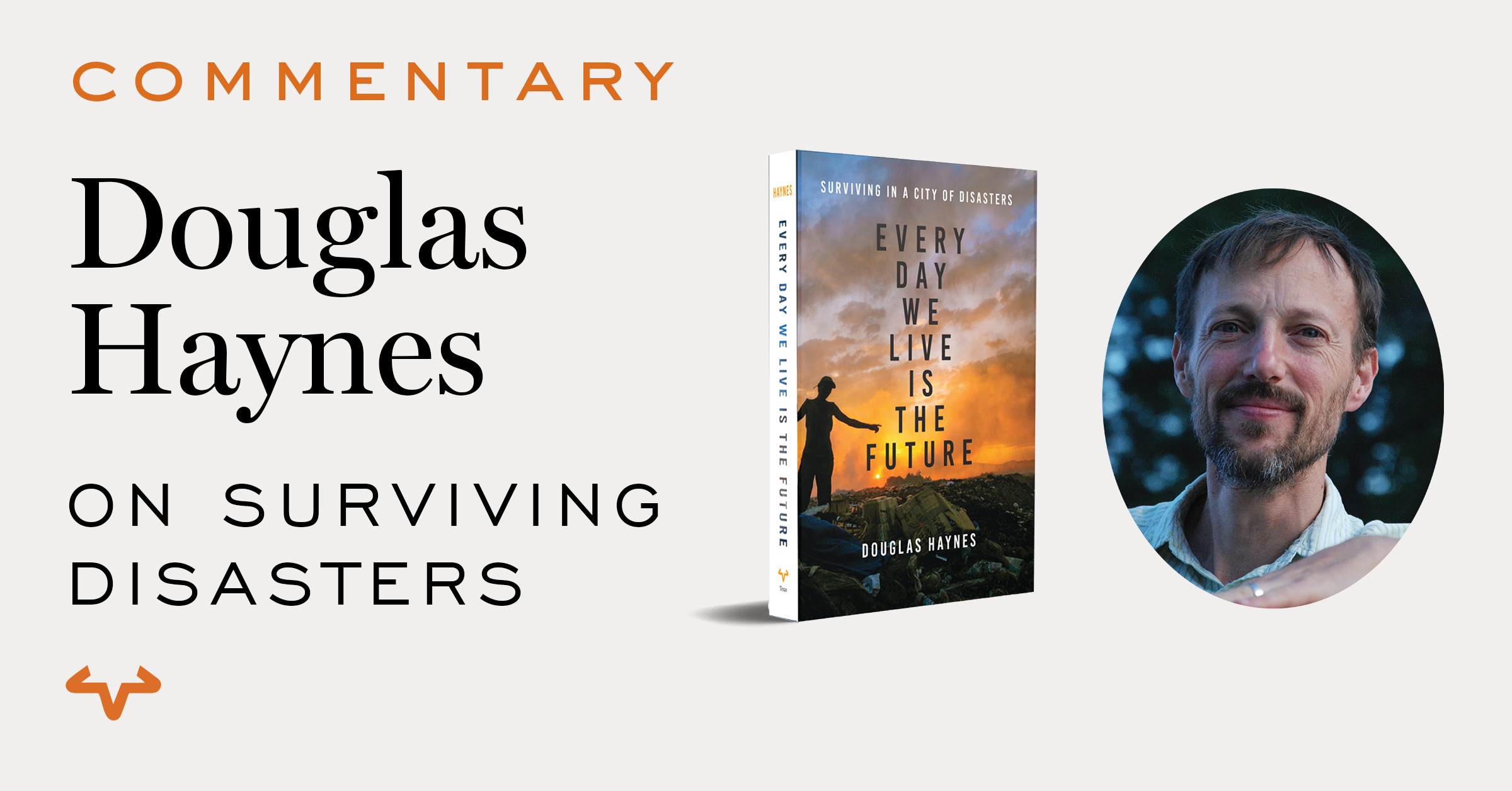 Five years after my book Every Day We Live Is the Future: Surviving in a City of Disasters was published, I wish I could say that it’s less relevant now. I wish the pernicious confluence of poverty, climate change, and unplanned urbanization that my book reveals in Managua, Nicaragua were not upending more and more lives around the world.

But as the news all summer has shown, Managua has been a harbinger of a growing wave of urban disasters. In August alone, deadly floods struck Dallas; Chad’s capital, N’djamena; and Yemen’s capital, Sanna, and submerged much of Sukkur, Pakistan, a city of half a million. And those are just the places that made international news headlines.

For disaster victims, whether the event that harmed you makes the news is irrelevant. Small floods happen somewhere every week, and if you can’t afford to live in a safe place, an hour of hard rain can kill you. Even if these events aren’t deadly, they make it harder for people to climb out of poverty, and their consequences for personal assets, health, livelihoods, and infrastructure sap the resilience of the communities least able to recover. In this way, the sum of small disasters keeps adding up over years and generations.

So after the headlines from Dallas, N’djamena, Sanna, and Sukkur have faded, the costs of their floods will continue mounting. Epidemics will need to be stopped; roads, bridges, schools, and houses will need to be rebuilt; and displaced people will need to start new lives. All of these efforts could quickly be waylaid by further disasters.

I wrote Every Day We Live Is the Future to tell this little-heard, long-term story about how the lives of people behind disaster headlines are forever changed. And I wrote it to bear witness to their inventive adaptation and resilience.

We need their stories and example now more than ever. As cities across the planet grow, pavement spreads, sending rain runoff faster into flood-prone areas. The loss of natural vegetation means the soil doesn’t retain moisture as well. Growing urban populations generate more garbage that clogs drainage systems in many cities without adequate waste removal infrastructure. Add what journalist John Metcalfe calls the “rain-bombs” of the changing climate to this mix, and the result is explosive potential for human catastrophes.

These catastrophes do not and will not affect everyone equally. Around the world, low-income people bear the brunt of floods and often have no insurance or savings to help them recover. How governments support these people can help determine their future. In Every Day We Live Is the Future, I recount how two Managuans who lost their home in a flood were able to find economic stability in a new community that the Nicaraguan government built for flood victims. This is just one example in the book of how the combination of thoughtful public aid and individual ingenuity can generate hope in the aftermath of urban disasters.

This hope for tomorrow’s cities persists in the everyday people of the urban margins, whose stories I was privileged to tell in Every Day We Live Is the Future.

Douglas Haynes is an essayist, journalist, and poet whose work has appeared in Orion, Longreads, Virginia Quarterly Review, Huffington Post, Boston Review, and many other publications. He teaches writing at the University of Wisconsin Oshkosh.