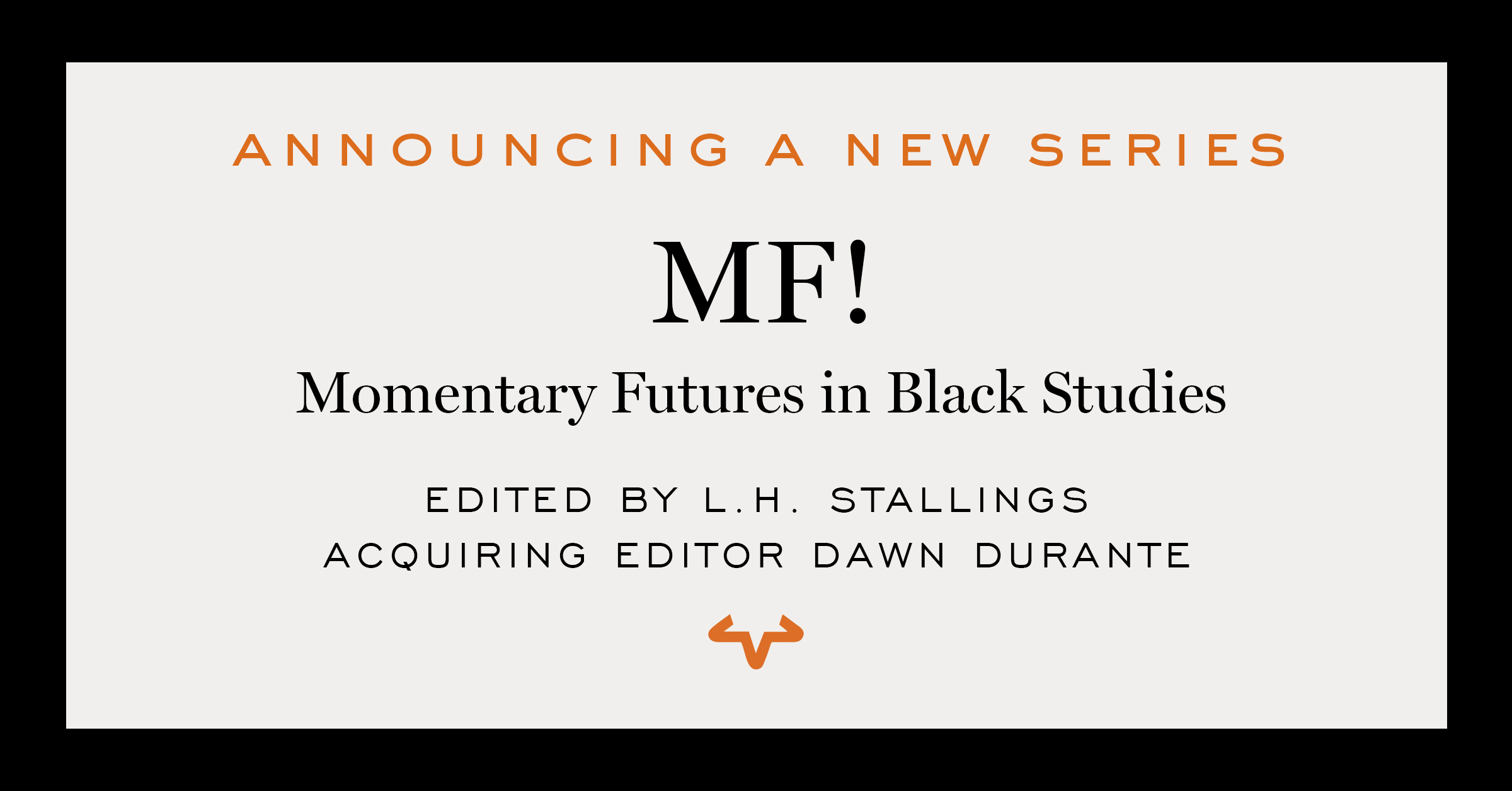 A New Series in Black Studies

Committed to the enjoyment of disjointedness and the asynchrony of Black thought experiences, MF! is a series about funky temporalities, adaptation, and mobility. The series encourages the submission of manuscripts whose methods and aesthetics allow us to experience Black pleasure, joy, and futurity. Books in the series are transgressive and experimental while also dealing with the conflicts that arise from the intellectual and artistic boundaries of knowledge production; the defense, surveillance, and policing of Black knowledge; and the political and social constraints of normative and respectable existence as well as aspirational citizenship and humanity. The series fosters projects that center decolonization, Black lives and culture, Black solidarities and relationalities with other communities of color, and other topics within and beyond Black studies to challenge the parameters of current theories, advance new ideas about knowledge production, and speculate about a world without fear of sexual intimacy, without racial capitalism, and without finite approaches to the field of Black studies.

Please contact Dr. Stallings (lh855@georgetown.edu) and Dawn Durante (ddurante@utpress.utexas.edu) for more details about submitting a project for the series.